These Muslims try to follow the Quran and sunna to the word and are true Muslims. All the terrorists and suicide bombers belong to this group. Their only aim in life is to do what will get them to Allah’s paradise. Since the only guarantee of paradise, as mentioned in the Quran, is to kill and get killed for Allah (Quran 9.111), that is exactly what their purpose in life is. They try to kill non-Muslims as well as wishy-washy Muslims to acquire paradise.

EXAMPLE: Major Nidal Hasan, M.D., is one such real Muslims. He has reserved himself a place in paradise by killing 13 kuffars in accordance with the promise of Allah and following the footsteps of Muhammad. 72 virgins with swelling breasts (78.33) are waiting for him impatiently in paradise.

These Muslims customize Islam to suit their likes and needs. Although they pray, fast, and go to Haj etc., but are too cowardly to follow the violent tenets of Islam. They ignore the required jihad of killing and getting killed for Allah to gain paradise (9.111). They also ignore the Quranic instructions to take Muhammad as their ‘role model’ (33.21), and refuse to follow in his footsteps of practicing pedophilia, polygamy, jihadi raids, beheadings and rapes... They also ignore the sunna of robbing for livelihood, and instead work for the kuffars. Real Muslims don’t even consider this type of people as Muslims and routinely kill, behead and bomb them.

EXAMPLES: Dr. Rashad Khalifa (PhD) was one such Muslim. This coward Muslim changed the Quran and refused to believe the authentic hadiths, which say that Muhammad killed, raped, and robed. Needless to say, a true Muslim killed him in Arizona.

Dr Juhdi Jasser (M.D.) is another. This coward Muslim has changed Islam to a nonviolent religion of peace and love. Once he called for a massive rally in the name of “Islam for love and peace” in Washington D.C. No body showed up though. There are many death threats on the life of this wishy-washy Muslim.

These Muslims although believe in Quran and Sunna, but ignore to follow them and don’t practice Islamic rituals like salat, fasting, Haj etc. They may date, take drugs, drink alcohol, gamble, and look and act like non-Muslims, but they never lack in love for Islam and the Muslim umma. They also openly oppose the implementation of the Quranic laws (Sharia) in society, and demand the separation of state and religion.

They may not go to mosque to pray, but they love the sound of “azan”. They may not sport a beard, or love to put on Muslim garbs in Islamic festivities. They may don some Islamic symbols to show their love for Islam. They are likely to curse Israel, are generally pro-Palestinian.

EXAMPLES: Canadian anti-Sharia scholar and activist Hasan Mahmud and author Tarek Fatah falls into this category of Muslims. They love the goodies and ease of life secular societies offer, while declaring their solidarity with the “religion of peace”. They are, nonetheless, no less hated by the real Muslims.

All the leftists and Islam-loving liberals of the world are honorary Muslims that include President Obama. Whether they are in Europe or America, they love Islam and Muslims and are always in bed with them and tend to like anything Islamic. They apologize for Islam and, condemn and persecute whoever tries to tell the truth about Islam.

President Barrack Husain Obama, who wears a Muslim ring and loves Muslims, wrote in book: "When the ill winds blow, I will always stand with the Muslims." He is generally apologetic about the misdeeds of Muslim extremists, and apologizes for the kuffar world regarding his perceived injustices against Muslims. After getting elected as American president, his first interview was with Islamic press and his first overseas trip was to Islamic Egypt. 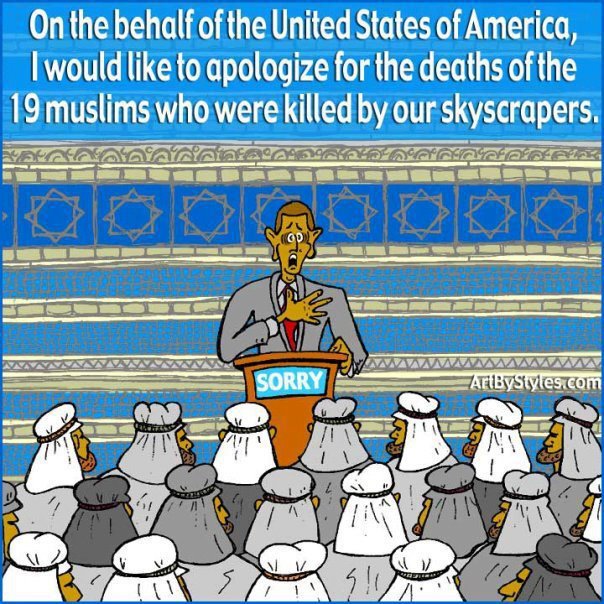 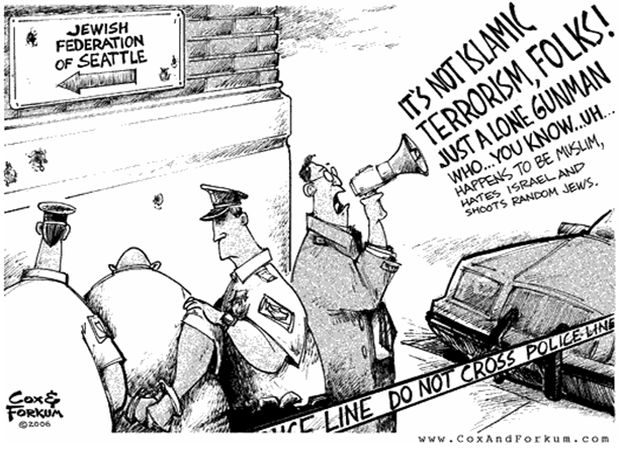