Ummu Walad's master murdered her for ridiculing the prophet and she miscarriaged her fetus. And Muhammad approved the barbaric murder.

He assembled the people and said: I adjure by Allah the man who has done this action and I adjure him by my right to him that he should stand up. Jumping over the necks of the people and trembling the man stood up.

He sat before the Prophet (peace_be_upon_him) and said: Apostle of Allah! I am her master; she used to abuse you and disparage you. I forbade her, but she did not stop, and I rebuked her, but she did not abandon her habit. I have two sons like pearls from her, and she was my companion. Last night she began to abuse and disparage you. So I took a dagger, put it on her belly and pressed it till I killed her.

Thereupon the Prophet (peace_be_upon_him) said: Oh be witness, no retaliation is payable for her blood. 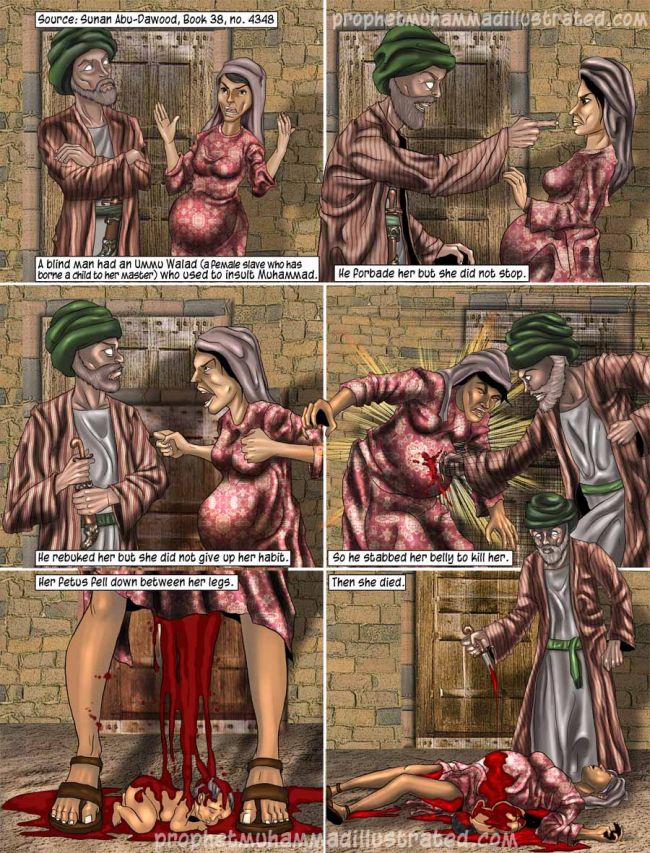 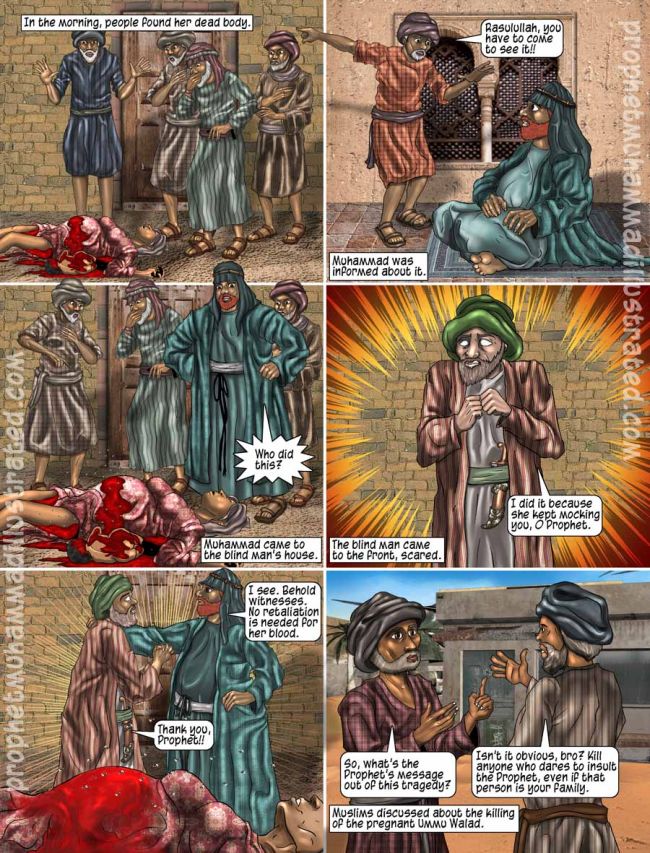