The Muslim Brotherhood was founded in 1928 in Egypt by a schoolteacher, Hassan al-Banna. He had been 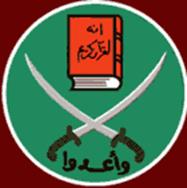 born in Mahmudiyya near Cairo on October 14, 1906, the eldest son of a watch-repairer, Ahmad ibn 'Abd al-Rahman al-Banna. Though the family was never wealthy, it upheld a long tradition of Islamic scholarship. Al-Banna senior was an imam who had graduated from Cairo's Al-Azhar University, the largest Sunni seminary in the world. Ahmad spent 40 years of his life compiling and cataloguing an estimated 45,000 reports of the sayings and deeds of the prophet Mohammed. The most respected collector of such hadith, Bukhari (810 to 870 AD), included only 2,062 of these quotations in his collection which he considered to be "sahih" or authentic.
Hassan al-Banna was taught to memorize the Koran at a young age, and trained to be a teacher. He started teaching in 1927. It was in March, 1928, that Hassan al-Banna, his younger brother Gamal and five others gathered at his home and made a pledge to live and die for Islam. Thus was founded the Muslim Brotherhood (al-Ikhwanu I-Muslimin or Hizb al-Ikhwan Al-Muslimoon). In its initial years, the Ikhwan functioned as a youth organization engaged in daw'ah or missionary work. Its political philosophy grew as its membership increased. Al-Banna considered himself to be Sufi, which is essentially apolitical, and belonged to the Hasafiya Sufi order.

Despite this, there were global political issues that concerned him. On March 23, 1924, the last Caliphate, that of the Ottomans, was dissolved by Kemal Ataturk, the Turkish secularist. This system had been an institutional hub of the Muslim world since 1290 AD. In 1919, al-Banna had participated in demonstrations against British rule in Egypt. It has been suggested that al-Banna was a Wahhabist, perhaps confusing a movement from Saudi Arabia called the Ikhwan (Brotherhood), which had been employed by Abdul Aziz al-Saud to establish his rule over Arabia.
Hassan al-Banna is portrayed by Muslim biographers as a benevolent figure. He would be invited to the British Embassy, and his work in assisting widows and orphans was praised. But Banna's writings belie a more focused and uncompromising agenda. He stated: "It is the nature of Islam to dominate, not to be dominated; to impose its law on all nations and to extend its power to the entire planet."
A work by al-Banna entitled The Way of Jihad presents some stark words to contradict those who would claim his ideology was benign. Many Muslims speak of Jihad as being an "inner struggle". But Banna made no bones about the meaning of the term. He wrote in the Epilogue of this book: "Many Muslims today mistakenly believe that fighting the enemy is jihad asghar (a lesser jihad) and that fighting one's ego is jihad akbar (a greater jihad). The following narration [athar] is quoted as proof: "We have returned from the lesser jihad to embark on the greater jihad." They said: "What is the greater jihad?" He said: "The jihad of the heart, or the jihad against one's ego." This narration is used by some to lessen the importance of fighting, to discourage any preparation for combat, and to deter any offering of jihad in Allah's way. This narration is not a saheeh (sound) tradition..."
"...But nothing compares to the honour of shahadah kubra (the supreme martyrdom) or the reward that is waiting for the Mujahideen."
In the same book, Banna writes: "It is fard (obligatory) on us to fight with the enemies. The Imam must send a military expedition to the Dar-al-Harb every year at least once or twice, and the people must support him in this. If some of the people fulfil the obligation, the remainder are released from the obligation."
Islam has always divided the world into two camps - Dar-ul-Islam and Dar-ul-Harb. Dar-ul-Islam is the "abode of Islam", and Dar-ul-Harb refers to the world that is not under Islamic rule. Dar-ul-Harb literally means "the abode of war". And al-Banna certainly approved of this war against the infidels who in the 1930s were seen as conquerors of Muslim lands.
Al-Banna believed that the West, with its separation of church and state, was weakening Islam with its influence. By 1934, there were 50 branches of the Ikhwan (Muslim Brotherhood) in Egypt, and these branches established schools, mosques and factories. In 1935 a Syrian branch was founded at Aleppo. By the end of World War II, the Muslim Brotherhood had half a million members in Egypt alone, belonging to 2000 branches. By this time, there were said to be 50 branches in Sudan. A senior figure in the emergent Sudanese Muslim Brotherhood was Hassan al-Turabi who would later give shelter to terrorists Osama bin Laden and Carlos the Jackal in 1991. In 1990 he also waged war on
non-Muslims in southern Sudan, forcing them to abide by sharia rule.
Hassan al-Banna wrote many books and treatises on Islam during his lifetime, but he would not survive to see the massive international growth of the movement. He had made enemies within the Egyptian establishment. In 1936 he had written to King Farouk and the prime minister urging them to impose an Islamic system. Two years later, he again made this demand with more force. He wrote that all political parties should be dissolved on account of their corruption. In 1939, the Brotherhood established itself officially as a political group. The movement under al-Banna was rapidly becoming more militant and opposed to the Egyptian government.
In 1940, the Brotherhood established militant training camps in the Mukatam Hills near Cairo, as well as in the south of Egypt. Its members established kangaroo courts where fatwas were issued against those deemed to be enemies, and Ikhwan members would carry out these assassinations. In 1942, Hassan al-Banna established branches in Transjordan and Palestine. He ensured that several thousand Muslim Brotherhood members were sent from Egypt to fight against the formation of Israel in 1948. According to a 2002 report in the Military Review, in 1948 the Brotherhood carried out the bombing of the Circurrel shopping center. One of their targets for assassination was the prime minister, Noqrashi Pasha. In December of 1948, Pasha had urged the banning of the movement, after bombs were found in Ikhwan members' possession. The Brotherhood claimed that the weaponry was for use against Israel. An Ikhwan member murdered Pasha on December 28, 1948, although Hassan al-Banna condemned this act, and the Brotherhood was banned.
On February 12, 1949, Hassan al-Banna was shot dead in a Cairo market, almost certainly on the orders of the government. No one was ever charged with the killing. The official successor to al-Banna was Hasan al-Hudaybi, a respected judge. But the intellectual power of the Brotherhood would be carried by a slightly-built man, whose writings still greatly influence today's jihadists.
Sayyid Qutb