Islam's Jihad against the Pen 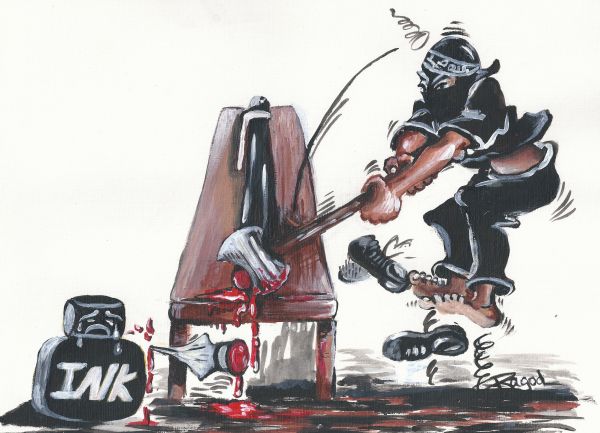 Impowerment of Women in Islam: Islamic Propaganda about the Pre-Islamic Arab Practice of Burying Daughters Alive

As stated earlier, gullible Muslims around the world celebrates Muhammad as the liberator of women. The most important propaganda in this regard is that he rescued female babies from being buried alive by their parents.

While there is some truth in this propaganda, but Muslims blow it out of all proportions.

In the distant past, some societies (India, China etc.) used to practise infanticide as a means of population control. Female infanticide was more common especially in male-dominant societies, because women did not participate in economic activities and were considered an economic burden. Unfortunately, even today, female infanticide exist in some countries albeit at much less frequencies.

The pre-Islamic society of the Arab desert too practiced infanticide due to famine. There are multiple references in Islamic scriptures, referring to the Arabs' practice of infanticide that included both male and female infanticide. In pre-Islamic Arabia, women were not absolutely equal to men, but were relatively free and independent. They used to participate in business, ride camels, travel alone without any male escort, were allowed to buy slaves and were free to choose their life-partners without the help of a male guardians. It is Muhammad who snatched their freedoms from the Arab women and enslaved them under the male dominance. Muhammad brought their social status down to the level of domesticated animals.

I had a discussion with a Muslim who argued, “Muslims don’t worship black stone of Kaba. They worship only Supreme God, Allah. Black stone is foundation stone of Ka’ba. It is not idol.” He then went on berating Hindus for worshipping animals and statues and called me misguided. Here is my reply.

Every building rest on a foundation and before the invention of concrete all buildings were made of stone and they had at least four corner stones. However no one circumambulates around them touches them and kiss them. The Islamic ritual of hajj is stone worship, the most primitive form of idolatry. 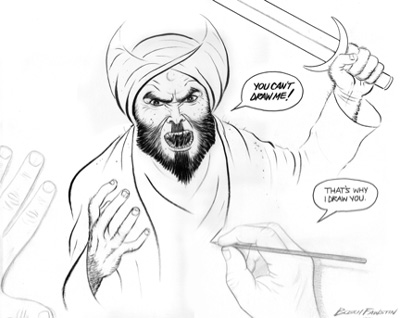 Rightfully the greatest defenders of freedom were the generation that fought the Nazis during Second World War. They came from farms, towns, villages, cities—aged 17, 18, 19 and so on—to sacrifice their lives to save our civilization from the threat of the fascistic and racist Nazi dictatorship. Furthermore, after that great victory, these patriots were immediately plunged into defending the freedom of Western Civilization from the totalitarian ideology of Communism.

Today our freedom and democracy are under threat from the fascistic and murderous 1400-year-old ideology of Islam that seeks to destroy all religions, conquer all nations, subjugate or murder all kafirs who refuse to convert to Islam, and destroy all democratic constitutions and freedoms, replacing them with the totalitarian Sharia Law.

In the face of this grave new threat, new brave defenders of freedom have emerged to defend Western Civilization and preserve democracy and freedom. Ayaan Hirsi Ali, Nonie Darwish, Wafa Sultan, Brigette Gabriel, Geert Wilder, Pamella Geller, Robert Spencer, and Bill Warner are to name few among those brave new fighters. These brave men and women risk their lives in the defence of liberty so that our children, the future generations, can enjoy living their life as free citizens with full equality, and right to 'Life, Liberty and the pursuit of Happiness'.

Unlike the hadith collections, which were subjected to thorough scientific scrutiny by different scholars in different places and at different times, the Muslims never subjected the Quran to any form of scientific examination. On the contrary, they are warned against it because scientific studies are based on doubts, which is unacceptable to Muslims who are not supposed to have any doubts about the Quran. It is essential in Islam not to doubt the divine origin of the Quran and its preservation by Allah himself. To boost their confidence, Muslims learn to recite this verse as evidence of Allah’s promise to protect his book from corruption:

PROPAGANDA VS REALITY IN ISLAM

Islamic propaganda machine succeeded largely in its mission of shadowing the evils of Islam and its prophet. This has unfortunately continued for the past fourteen hundred years. It got a bit of hammering since the invention of the internet. Thanks to our scientists, internet has provided us the opportunity to understand the deceptive political ideology of Islam hiding behind the religious mask.

April 24, 2015 will be the 100th anniversary of one of the worst human massacres in history: The genocide of the Armenian Christians by the Islamic Ottoman Empire.

Much will be written about this cruel tragedy on its 100th aniversary but few will declare that this was a holy act of Jihad for the Muslim Ottoman Turks, inspired by dictates of the holy Quran and Sunna of Prophet Muhammad. Ürgüplü Hayri, the Shaykh al-Islam of the Ottoman Caliphate, issued a fatwah in November 1914 saying: “The massacre of unbelievers who rule over us whether they are found in public or private places is now our duty, as it is said in Allah’s words, ‘Take them and kill them wherever you find them.’”

The foundation for the massacre was laid out by the Prophet of Islam in the year 627 AD through the Massacre of Banu Quraiza Jews, beheadeding 700 to 900 men and boys. What makes Muhammad's massacre of the Jews worse than Hitler's is that Muhammad utilized alleged sanction from Allah to carry it out, which is laid out in the Quran (33:26): “And He brought those of the People of the Scripture who supported them down from their strongholds, and cast panic into their hearts. Some ye slew, and ye made captive some.”

WHAT MAKES FRIDAY HOLIER IN ISLAM?

As usual, Muhammad would sure give ridiculous reasons for his declaration of Friday as a sacred day in Islam. The Jews and Christians had observed Saturday and Sunday respectively as sacred for centuries before Islam's birth. After the failure of his 13-year mission to become the leader of Mecca, Muhammad migrated to Medina with the intention of becoming its leader. Jews were the dominant and prosperous community there, and Muhammad adopted almost all religious customs of the Jews. He observed fasting and offered spacial prayer on Saturdays facing toward the Jewish temple in Jerusalem. He tried his utmost to convince the Jews to accept him as their leader, but they flatly rejected him:

Narrated by Ibn Abbas, “The Prophet used to copy the people of the Scriptures (Jews & Christians) in matters in which there was no order from Allah.” (Sahih Al-Bukhari 7:799)

Narrated Abu Huraira: The Prophet said, "Had only ten Jews (amongst their chiefs) believe me, all the Jews would definitely have believed me." (Sahih Al-Bukhari 5:58:277)

Ayaan is a very brave woman, who lived through the horrors of Islam. In her famous book, Infidel, she details her life as a Muslim, including the horrifying details of her circumcision. Amidst death-threats from Al-Qaeda, she was forced out of the Netherlands by the government on the flimsy excuse of falsifying her immigration papers.

In Part 1 of this article, Islam and Its Reformation by Muhammad, discussing Ayaan Hirsi Ali’s latest book, Heretic, I wrote about her illusion—that there are actually two different Islams, the Mecca Islam and the Medina:

“What Ayaan Hirsi Ali does not realize is that Muhammad was not only the Founder of Islam, he was also its Reformer, and Muhammad's Reformation of Islam came in the form of his abrogation of the earlier Mecca verses of the Quran by the later Medina verses. This article traces Muhammad's journey from Mecca to Medina, and the attendant transformation of Islam”

In Part 2, I discuss the difficulty, if not impossibility, of reforming Islam.