Ramadan Fasting : An Occasion of Massive Food Wastage by Muslims

The month of Ramadan fasting for Muslims – An occasion for savoring varieties of delicious food than remember Allah:

Until the September 11, 2001 terrorist attacks in the US by Muslim extremists, non-Muslims around the world used to think Islam as a peaceful religion like any other – still many do although many non-Muslims and even Muslims have changed their mind since. Yet, Muslims have been committing such crimes around the world from the founding days of Islam under Prophet Muhammad to the present day. The explosion of heinous crimes and barbarisms that Muslim extremists have perpetrated against non-Muslims in recent years are awakening people about the dangers of Islam and are starting to see Muslims in increasingly suspicious light. They have been starting to study Islam's sacred texts and historical literature, and exposing the massive cruelties and barbarisms hidden in those documents. The majority Muslims, both the non-practicing moderates and the radicals, instead of looking into their scriptures, charge this critical scrutiny of Islam by non-Muslims as evil Islamophobia.

Muslims say that the ninth month of the Islamic calendar, called Ramadan, is the most sacred for them, especially because of its being the occasion of the month-long fasting in Islam. Many well-meaning and good-hearted non-Muslims too regarded this month with respect as a sign of their respect toward Muslim beliefs. We read stories of how some unaware non-Muslims even keep fast alongside their Muslim neighbors to show their deep respect to the Muslim holy month of fasting. Such instances represent the extent of success Muslims have been able to achieve in fooling well-meaning non-Muslims about their religion. Yet, we must agree that in several aspects, the month of Ramadan is certainly something out of the ordinary – or we must say Muslims have turned it to be so.

In reality, through the month of Ramadan, Muslims have degraded the sacred ancient ritual of ‘Fasting’ by turning it into a child’s play that allows Muslims to fast all day long with a sound sleep, and to feast throughout the night in a festive mood. I was shocked to witness this in Saudi Arabia during my stay there, although the same may not be true for the non-Arab Muslim countries. Please read my previous articles about Ramadan to know the about the entire scenario of the month Ramadan starting from the period of Muhammad until now (see links at the end of this essay). I was astonished to know about the statements of Aisha (Muhammad’s favorite wife) that she never fasted during Ramadan. Likewise, there are a number of shocking information in the hadith about the ‘sacred’ month Ramadan.

Nothing to Do with Islam

In the immediate aftermath of the massacre of civilians in Tunisia David Cameron, the U.K.'s Prime-minister has once again assured the British public and non-Muslims worldwide that the attack was not carried out “in the name of Islam. Islam is a religion of peace.” The killers, rather, “do it in the name of a twisted, perverted ideology.”

Of course I believe what he says.

It is a great relief to me that I have such an Islamically educated man as the leader of my Country. Perhaps we should call him Mufti sheikh Imam Ayatollah Cameron to reflect his encyclopaedic knowledge of Islam.

You think I'm being sarcastic?

Muslim scholars still claim that the Quran contains numerous scientific miracles. Many Muslims Arabs regard those claims as the most important reason why they accept Islam as the true divine religion.

The term ‘scientific miracle’ is a contradictory expression, just like saying a black white. Science  is based on explanations and calculated results while miracles are unpredictable and unexplainable. However, by claiming the Quran has ‘scientific miracles’, the Muslim scholars only mean that the Quran is correct and in agrees with science. Of course, any book is supposed to be correct but since the Quran is centuries old, Muslims believe it was expected to be wrong, had it been authored by a man.

How did the Issue of scientific miracles come up?

The issue of scientific miracles in the Quran is fairly recent, only about four decades old. There was nothing about this subject in the standard Islamic education as approved by Al Azhar and Arab governments until at least the 1970s. Before that, the Arab Muslims were taught that the Quran has a language miracle, a claim many Arabs didn’t find convincing.

The Quran: Different Modes and Moods in which Muhammad Received Inspirations from Allah

This article will shed light on the 'various modes’ of receiving revelation by our prophet for our holy book, “The Quran”. It will reveal to the reader about the extent to which our holy prophet played with the innocence of his disciples and subsequent generations of Muslims.

While growing up, we the Muslim kids in our locality used to feel crazy about the month of Ramadan because of its attraction of fasting. Being a young child, aged below ten years, my mom did not like her beloved son to go through the pains of fasting. So she would avoid waking me up for the pre-sunrise meal (suhur) before we start fasting. But I was very adamant about fasting, and one day I kept my fast even without the ‘Suhur’ meal. My mother understood my religious zeal for fasting and gave in, allowing me to fast from the next day. Youngsters like me in the community liked to fast, because it was a matter of high status amongst the peers and also to share the table with the elders during the evening ‘Fatoor’ or ‘Iftaar’ for breaking fast was a matter of pride. My mother never cooked that much varieties of delicacies in the whole year that she used to cook during the fasting month. The same was true for every Muslim family in our community – as if it was more of an occasion of feasting than fasting. Whenever we friends met up during this month, we took pride in discussing about the numerous varieties of delicious foods our moms cooked for the 'suhur' and 'iftaar' parties.

Recently, the Islamic State (IS) Jihadi group in Iraq and Syria has burnt alive a few prisoners of war and apostates of Islam by gathering them inside a cage before setting it on fire. Many Muslims have expressed shock at such a barbaric practice. They say this is not Islamic. Let us read the Quran, ahadith and Islamic history to find out whether or not Islam allows burning human beings alive.

On the Day of Judgment Allah will sort out the good and the evil; Allah will command to seize and drive the evil-doers into the midst of blazing fire... 44:40

For the unbelievers, garments of fire will be cut out; and boiling water poured over their heads… 22:19

The Monster We Created: Saudi Arabia, Western hypocrisy and the Rise of Islamic Terrorism

After 9/11, America discovered that most of the terrorists were from Saudi Arabia but pretended not to notice anything. Instead of punishing the Saudis, America attacked Afghanistan and then Iraq.

Saudi Arabia has been bombing Yemen, the Arabs’ poorest nation, for nearly three months. Yemen’s only fault being its diverse population structure which worked well with them for centuries but the Saudis don’t like it anymore. Tens of thousands have been killed, injured or displaced in the country that didn’t have much to start with. The war on Yemen doesn’t even get reported by the Western media; you have to look hard and search to find something about it.

It is common knowledge that nearly all terrorist Islamic organisations enjoyed the financial or political support of Saudi Arabia, or both, yet it has never been blamed for it.

The Real 5 Pillars of Islam

Muslims claim that Shahada (Testimony to the faith), Prayer, Fasting, Hajj, and Zakaat are the five primary pillars of Islam. But from dictates of the Quran and the actions of prophet Muhammad as well as actions of Muslims throughout history, the following are true five pillars of Islam:

Bani Qurayza: Details of the Islamic Genocide of the Jews by Prophet Muhammad

In this study, I will discuss the genocide of the Jewish tribe of Bani Qurayza by the prophet of Islam and the consequent moral implications. I will organize the flow of this study as follows:

1. Prelude to a genocide: Bani Qainuqa

2. Background on the Bani Qurayza incidents

6. Can there be a sufficient apologetic defense to this massacre?

Oppression by Diet Coke Denial - The Lies of Tahera Ahmed 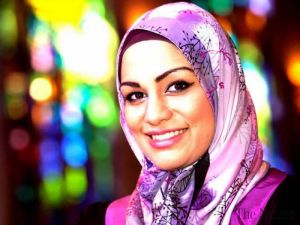 Diana Dempsey, a fellow passenger onboard the same United Airlines flight that allegedly oppressed and discriminated Tahera Ahmed by allegedly denying her an unopened Diet Coke, has a very different account of the incident (from Pat Condell Appreciation Group on Facebook):

"I was actually on this flight on Friday evening from ORD to DCA. I have been a reader of this forum for a long time but seeing this all over the news made me sign up so I could tell you what really happened here and hopefully stop this liar in her tracks. I was sitting close enough to her tohear everything that was said.

The flight attendant came up to the lady (I believe she even took her order first in the entire cabin as she was seated in the bulkhead 7d) and took her order.

She ordered a coke zero and a hot green tea with a Splenda. The flight attendant handed her a full diet coke with a cup on top and then told her that the green tea would take a few minutes and she would get it to her ASAP.

The lady said very rudely and condescending to the FA that she ordered a coke zero and basically pushed the soda back to the flight attendant. The FA said she was sorry and attempted to find a coke zero for her (which she did not have many of) and told her that she could only give her a portion of the can not the full can. 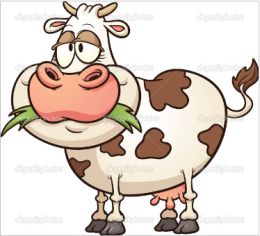