Eating, drinking and smoking at all public places in Islamic countries during fasting hours in the so-called ‘holy month of Ramadan’ are prohibited to ensure the sanctity of fast of pious Muslims, who observe the ritual. 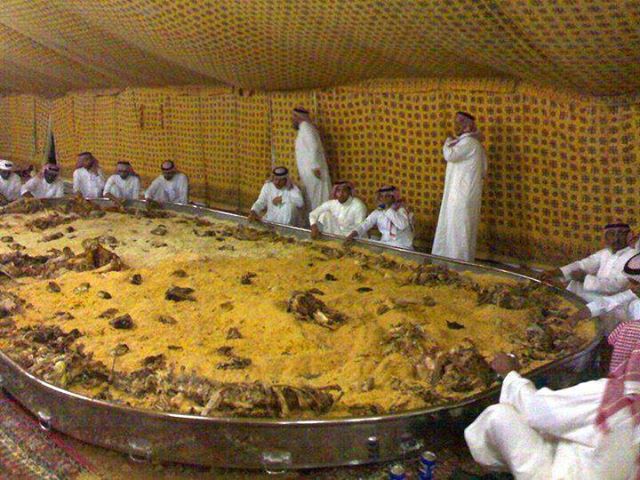 Authorities in Saudi Arabia have sent a strong message to foreigners – both Muslim and non-Muslim – residing in or visiting the Islamic kingdom over the month of Ramadan (AFP quoting a Saudi Interior Ministry statement published by the official SPA news agency):

“Don’t eat, drink or smoke in public; otherwise face being fired from your job and expelled from the country. Saudi citizens violating the holiday are being threatened with corporal punishments in keeping with Shari’ah laws followed in the oil-rich kingdom. The Muslim Ramadan holidays requires all devout Muslims to refrain from eating, drinking or smoking during daylight hours of Fasting. With “Non-Muslim residents in the kingdom must not eat or drink in public during Ramadan, in respect to the holiness of Ramadan and hurting the feelings of pious Muslims.”

Those caught eating or drinking in public “will be subjected to deterrent measures that include terminating their employment contracts and expelling them from the kingdom,” the ministry said.

Officials are also threatening stiff punishment for Saudi citizens caught publicly violating the fast, including threats of public lashes or even jail terms. “Those who are caught will be examined and will face strict legal actions commensurate with their violation,” interior ministry officials said according to UPI.

Gulf News reports that the interior ministry has asked the Commission for the Promotion of Virtue and the Prevention of Vice to increase its street patrols to catch any violators. “This decision applies to all people, regardless of whether they are Muslims or not, and are in line with the regulations of Saudi Arabia that strictly ban public violations of Ramadan ethics and encourage genuine considerations for the feelings of Muslims during this auspicious month,” officials added. Some eight million foreigners live and work in Saudi Arabia.

Religious Muslims believe that the Quran was revealed by Allah to Prophet Muhammad during the month of Ramadan. Observing sunrise-to-sunset fast during this month is one of the five pillars of Islam.

It’s just not the notoriously strict Saudi Arabia, but eating during day-time during this month is prohibited in most of the predominantly Muslim countries. Even in moderate Islamic Malaysia, where some 35% of the population are non-Muslims, school-going children have also been forbidden to enjoy their ‘Luncheon Breaks’ at schools! Insread, they (non-Muslim children) have been advised to take lunch in stinky bathrooms. 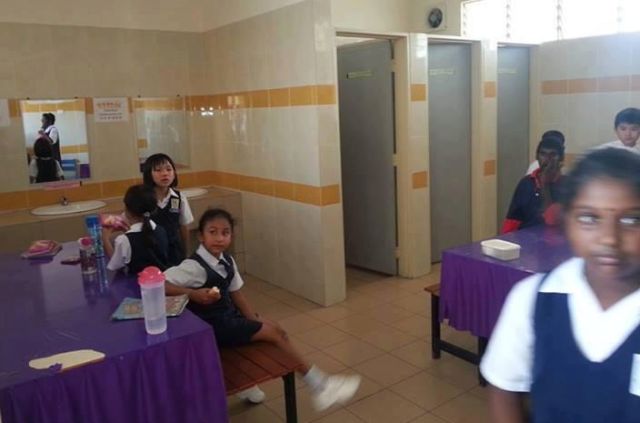 The Egyptian Dar Al-Iftah issued a fatwa on its Face book page, saying it is “religiously unacceptable for any Muslims/non-Muslims to publicly display that they are not fasting in Ramadan without an excuse,” noting whoever violates the fatwa is “reckless and frivolous towards Muslim Fasting rites.”

These measures—counter to the individual’s rights and dignity and freedom of choice—meant for protecting the “vile” sanctity of Islam. It portrays the power Islam wields on mankind… This strange argument is based on the fact that public display of sin, namely acts which Muslims see as being religiously prohibited in Islam—eating during the daylight hours in the Islamic holy month of Ramadan in this case—must be prevented at all cost without any other considerations whatsoever.